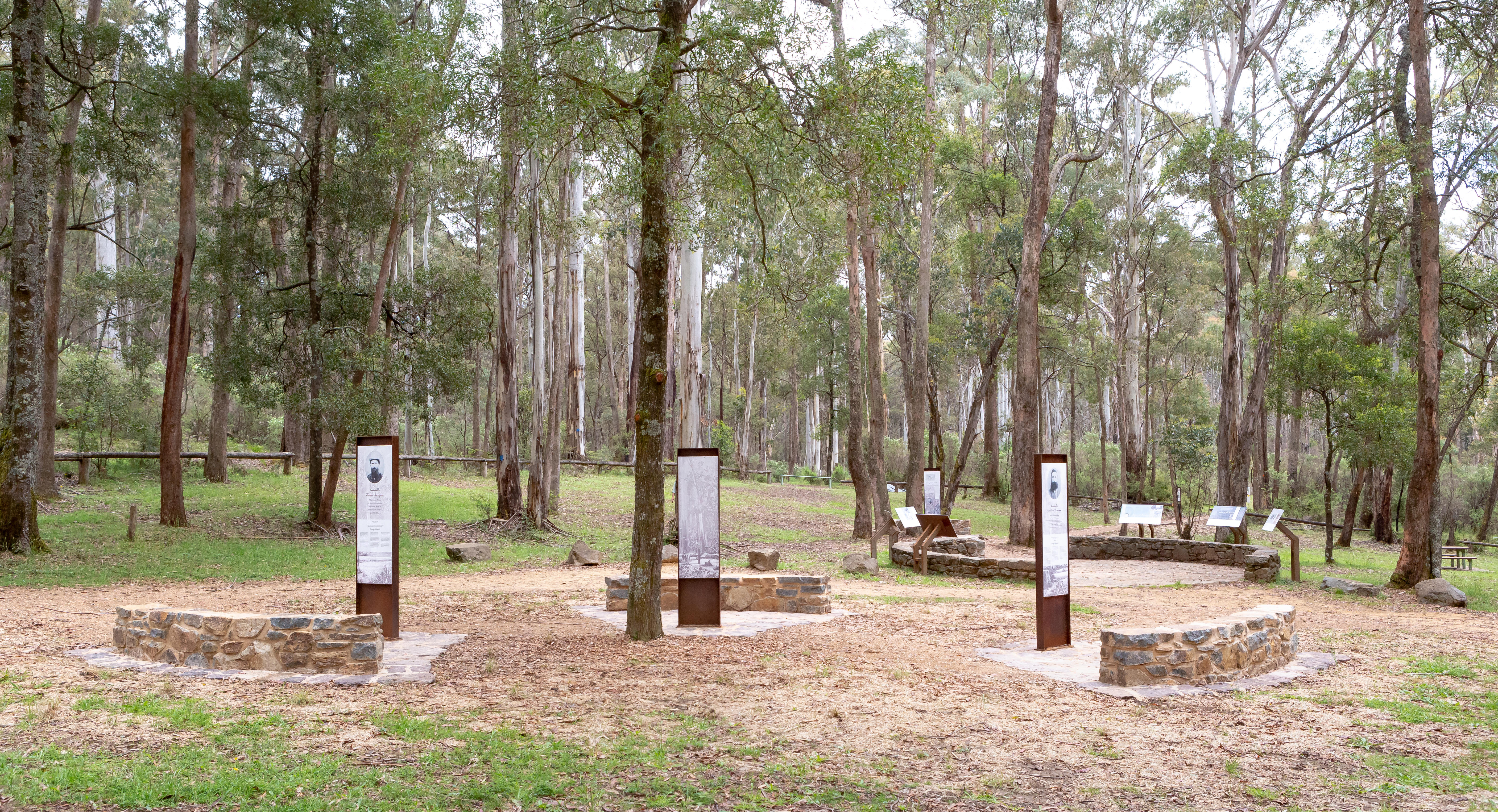 The site of the murders of three police in 1878.

In 2018 a new memorial was unveiled at Stringybark Creek.

A Shout from the Long Grass

At dawn on the 26th of October 1878, a search party of four Victoria policemen rode out of Mansfield in north east Victoria to find and arrest Ned Kelly. They would not all return. ‘A Shout from the Long Grass – The Police Murders at Stringybark Creek’ is a podcast from Victoria Police that tells the story of one of the deadliest attacks ever on police in Victoria, and one of the most infamous chapters in Australian history.

The narrative has been developed from historical sources; they are: Reminiscences of a Victorian Mounted Constable: A Narrative of the Kelly Gang and Other Bushrangers by Thomas McIntyre; evidence from the 1881 Royal Commission on the Police Force in Victoria; historical guidance from the Victoria Police Museum; and content produced as part of the Stringybark Creek Memorial Site.

You can also listen to the story on iTunes and Spotify.

This reserve is in north-east Victoria on Taungurung Traditional Lands, 50km from Benalla and 36km from Mansfield within the Toombullup State Forest.

From Benalla take the road to Tatong and follow the signs to Stringybark Creek. This road becomes gravel as you enter the State Forest.  The Day Visitor Area is down Stringybark Creek Road.

From Mansfield take the Mansfield-Whitfield Road for 31km.  Turn left down the Tatong-Tolmie Road and travel for approximately ten kilometres. Stringybark Creek Road is on the left hand side.

Be aware that log trucks use the Tatong-Tolmie Road.  Take extra precautions and expect oncoming traffic.