Anzac commemorations have a strong resonance within the Victorian Police force

WWI, from 1914 to 1918, was a significant 20th-century event that claimed the lives of more than 16 million people across the globe. Many Victorians including Victoria Police members served in the military forces during this period.

In total, 138 Victoria Police members served in the military forces during WWI. Seventeen of these members were killed in action and a further 10 men died from wounds suffered. A listing of and information about these members is available. Copies of the police officers service records can be made available upon request. 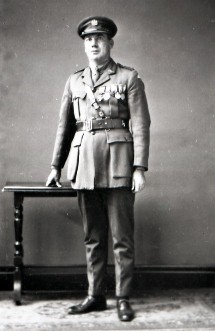 Constable 5481 Isaac Oswald Webster was appointed to Victoria Police on 27 May 1909 and started his policing career at Russell St station before transferring to Bourke St West. Constable Webster then enlisted for war and was discharged from the force on 19 August 1914. Constable Webster was killed in action and his body was never recovered from battle.

Constable 5540 Sydney Smith joined Victoria Police on 4 March 1910 after working as a farm labourer. He started at the Russell St station before moving to Carlton. Constable Smith was only four years into his policing career when he enlisted for war but was tragically killed in action at Plugge’s Plateau, where he now lays to rest.

Constable 5884 Reginald Arthur Penrose was sworn into Victoria Police on 23 June 1913 and worked at Russell St station before becoming a probationary detective in the Criminal Investigation Branch. Detective Penrose was discharged from the force the following August after enlisting for the war and died on 25 April 1915. It is unknown if Penrose was killed before reaching the shore at Gallipoli or if he even landed. His life is remembered on the Lone Pine Memorial, no 28, along with other Australian soldiers who fought at Gallipoli. 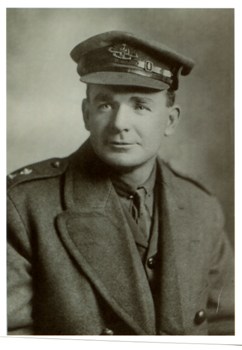 Constable Reuben Penna rose to the rank of Captain and was awarded the 1914-15 Star, British War Medal and Victory Medal.

Further information about Victoria’s contribution to WWI can be found at the Anzac Centenary website, www.anzaccentenary.vic.gov.au