Visit the physical exhibition at the museum to view this information and a range of original artefacts and images in person.
Dark Room

Snapshots of the aftermath

Left lying in a laneway

This photograph depicts the crime scene from a major incident in Clifton Hill, 1933. On a spring night in 1933 a large brawl broke out in Clifton Hill. Police suspected it was a clash between two rival street gangs, then known as 'pushes'.

The fight erupted when a young man and his girlfriend were attacked by members of a rival gang. Reinforcements from both pushes arrived, pulling pickets from fences to use as weapons.

During the brawl 24-year-old Henry Daley was brutally struck in the head and left lying in a laneway.

When police arrived they found him unconscious, surrounded by bloodstained pickets. He was admitted to hospital with a fractured skull but died days later. Several men were arrested for their involvement in the fight.

Prosecutors later alleged the brawlers were from 'Reilleys Push'. Police suspected the push members knew the identity of Daley’s murderer but were refusing to give him up. A month later, Daley's killer was still unknown and the coroner recorded a finding of 'manslaughter by persons unknown'.

The Clifton Hill brawl was investigated by one of Melbourne’s most famous sleuths, Detective Sickerdick. In the early 20th century, the detective – a new breed of crime fighter – gripped popular imagination. The covert and secretive nature of their methods and the esteem attached to their position had a seductive pull for novelists, film-makers and journalists.

Melbourne media imparted celebrity status on some real-life detectives, depicting them in newspapers, radio shows and magazines as local versions of Sherlock Holmes or Philip Marlowe. The cases of men like Detective John Christie, Reg Henderson and FJ Piggott were eagerly followed by the members of the public with a thirst for true stories of mystery, intrigue and Melbourne's underworld.

Detective Sickerdick was one of a group of detectives working in Melbourne in the 1930s. Sickerdick assisted in the investigation of the Clifton Hill Brawl, and suspected the involvement of the Reilleys Push.

Pawnbroker shot through the heart

Shot dead in his shop

In late October 1933 pawnbroker Maurice Langley was shot dead in his Elizabeth St shop by two armed assailants, while his brother, sister-in-law and friend lunched in the other room.

Langley had been enjoying a meal in a room adjacent to his Elizabeth St shopfront when he heard someone enter the shop and went to investigate. Moments later, shots were fired. Langley's brother rushed in and witnessed him staggering backwards. Before dying he gasped ‘He shot me’, pointing to two men standing before him. A struggle erupted and one man was captured but the other fled. He was later identified as Albert Lewis.

The captured man was 50-year-old Robert Ernest von Geyer. He claimed he had simply entered the shop to claim a £5 debt from Langley, who had drawn a gun on him and shot himself accidentally. The truth was a little less simple. Witnesses said the men also threatened Langley’s brother, saying ‘We will get you yet!’

Was it a gangster-style assassination, or a fight gone wrong?

During questioning von Geyer allegedly attempted to bribe a young constable. Von Geyer requested the young man set him free, saying it would be ‘worth £50 to you... you can say I got away’.

Von Geyer suggested that Henry Stokes, the notorious underworld figure, would provide the cash. Henry Stokes was an associate of Squizzy Taylor and a key figure in Melbourne’s organised crime network. This underworld connection seemed to give von Geyer confidence: he declared ‘You have nothing on me. I’ll be having my Christmas dinner at home’.

He was almost right. Although he was eventually charged with manslaughter, he was freed two years later. Was he working for Henry Stokes's gang? Perhaps underworld connections had led to Langley's death? Von Geyer had, after all, suggested the death was the result of an argument over an unpaid debt. 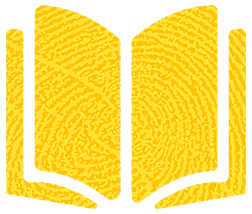 A hidden secret of Melbourne

Situated inside the World Trade Centre on Flinders St, the Victoria Police Museum is a great tribute to the hard working police who keep us safe. From the story of the Kelly Gang through to the Walsh St murders, the Museum offers a great chance to see how policing has changed over the years. Entry is by gold coin donation.